The expo is the first professional silver ornaments and embroidery arts exhibition, as well as a grand gathering in the folk arts industry. The four-day event will last till 21 November. During the event, embroidery from Suzhou, Sichuan, Hunan and other regions of China, folk artworks from Han ethnic group, Miao ethnic group, as well as Dong ethnic group will be presented to the public. 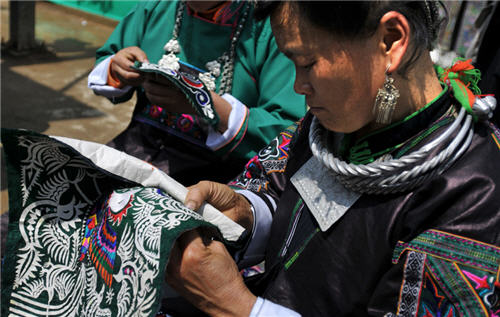