Dongcheng District of Beijing launches the “Beijing Axis Tourism” program from this year. The tourism project integrates Dongcheng tourism resources and upgrades its tourism brand. Axis tourism area has 7.8km in length, starting from Yongdingmen in the south and stretches to the Drum and Bell Towers in the north, passing through Zhengyangmen Gate (popularly known as Qianmen), Tian'anmen Gate, Duanmen Gate, and then enters the Forbidden City from Wumen Gate and gets out from Shenwumen Gate. At last it passes through Longevity Pavilion atop Prospect Hill (Jingshan) and ends at the Drum and Bell Towers. With the axis as the central line, Beijing is structured symmetrically like a chessboard. 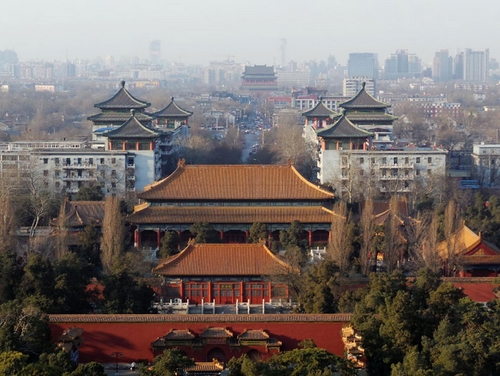 Axis Tourism aims to build a folk culture commercial district in Qianmen and a traditional Royal City sightseeing area in the Forbidden City and Longevity Pavilion atop Prospect Hill (also known as Jingshan). As long as the tourism route gets known, it will greatly boost the area’s infrastructure and public service system, including environment, transportation, consultancy, leisure clubs and other services.