Two groups of Song Dynasty's tombs were discovered in Dazu, Chongqing in late July. Lots of exquisite rock carvings were found inside some tombs. 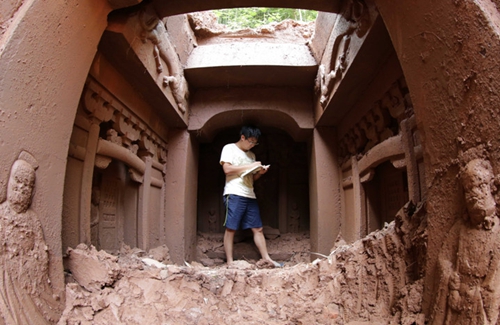 Along with that inscription, pottery utensils and bronze mirrors were also unearthed. Construction of Dazu Rock Carvings started around 650 during the Tang Dynasty and reached its prime during Song Dynasty. It is as famous as the Mogao Cave in Dunhuang, Gansu province. The rock carvings in these places are very distinguished both at home and abroad.