Since the tombs from the Western Zhou Dynasty (c.11th century-771 BC) was discovered recently, Ba State, which formerly had no records in the history books, is being recognized. 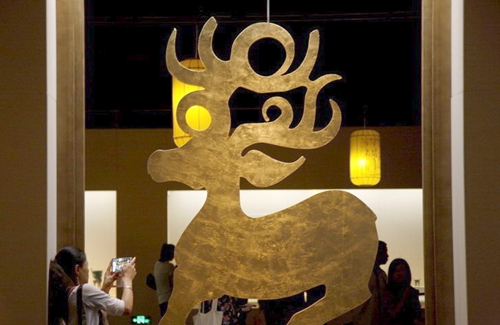 Visitors can get close to the Ba State ancient culture at the exhibition: The State of Ba in the Eyes of a Yan Princess, at the Capital Museum in Beijing until Oct 7. The precious relics include the Ba emperor’s wine container, a bronze lamp in the shape of a human figure, a semi-circle gold pendant, a lacquer wood figure, and a bird-shaped wine vessel.

The story of a princess from the State of Yan marrying into the State of Ba in the 10th century BC serves as the background of the exhibit. More than 180 pieces of cultural relics illustrate Ba’s distinctive culture and the historic exchanges between the two states.