1,600 paper pandas, created by French artist Paulo Grangeon, arrived at the Hong Kong International Airport on 9, June. The pandas will travel as a group to several landmarks in Hong Kong on their publicity tour, including Victoria Harbor.

Paulo Grangeon created the paper bears, in conjunction with the World Wildlife Fund to raise awareness about the dwindling panda population. There are 1600 because that’s how many are believed to be left in the wild. The traveling pack has seen occupation in cities like Paris, Rome, Berlin and Taipei, raising awareness worldwide to the environmental crisis. Each recycled paper animal placed in the urban context represents a single member of the species still alive today. 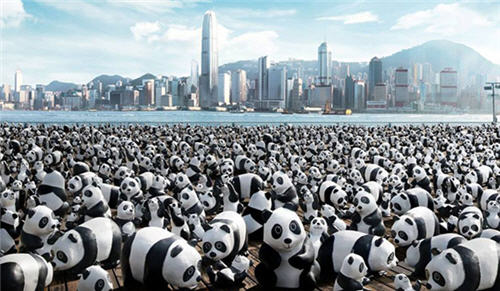