The History of Raincoats of Ancient China

With the time went by, there developed a more advanced raincoat with the name of "oil coat", which was made of fabrics like ordinary silk or thin, tough silk treated with oil. The oil used at that time was called "yellow oil", which was today's tung oil. Apart from raincoats made of sedge and oiled silk, there were raincoats made of burlap, coir hair and other materials. 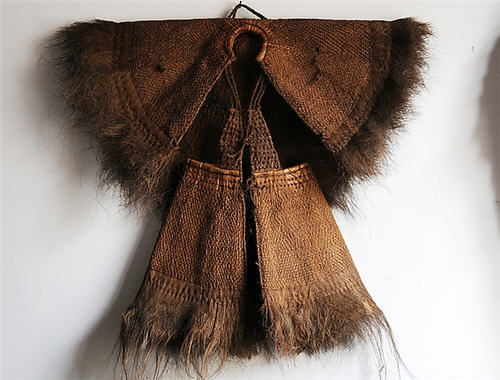 After the Ming Dynasty (1368-1644), raincoats were more and more elaborately made, with a lot of materials to choose from. There was a kind of raincoat used by men and women from wealthy families called “jade needle cape”, which was woven with a kind of high-class jade-like grass that is soft and waterproof. It was the raincoat worn by Jia Baoyu, a young aristocrat in the classical novel A Dream of Red Mansions.

There was another type of raincoat in the Qing Dynasty (1644-1912). The raincoat was named "pipal raincoat", because it was woven with pipal tree leaves. It was the kind of raincoat worn by the Qing-Dynasty emperors and officials. There were stringent rules on the use of the raincoat, with yellow ones for the exclusive use of the emperor, red ones for princes and the highest court officials, and cyan ones for the second-ranking officials. The raincoat consisted of an upper part and a lower one, with the upper being a "rain jacket" and the lower a "straw apron". Felt was the material for the raincoat for winter use; as for spring and autumn, sateen, camlet and oil silk were chosen. 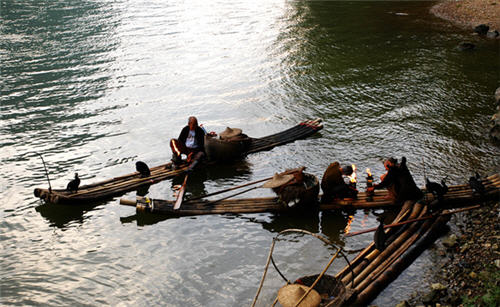