The Development of Chinese Music

Based on the discovery of a bone flute made in the Neolithic Age, traditional Chinese music can be traced back to 7000 to 8000 years ago. In the Xia, Shang and Zhou Dynasties, only royal families and dignitary officials enjoyed music, which was made on chimes and bells.

During the Tang Dynasty (618-907), with dancing and singing entering the mainstream, music spreads from the royal court to the common people. With the introduction of foreign religions such as Buddhism and Islam, exotic and religious melodies were absorbed into Chinese music and were enjoyed by the Chinese people at fairs organized by religious temples.

In the Song Dynasty (960-1279), original operas such as Zaju (variety play) and Nanxi (south China play) were performed in tearooms, theatres, and showplaces. Writers and artists liked it so much that Ci, a new type of literature resembling lyrics, thrived. Ci is written in different styles to express feelings and stories. Most of them are beautiful lyrics with songs.

During the Yuan Dynasty (1206-1368), qu, another type of literature based on music became popular. Qu, unlike Ci, has fixed styles, and is used for the literati to express their emotional feelings, as well as the social lives of the people in the Yuan Dynasty. This was also a period when many traditional musical instruments were developed such as the pipa, the flute, and the zither. 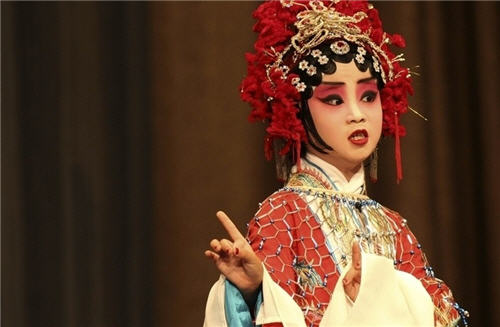 During the Ming (1368-1644) and Qing Dynasties (1644-1911), the art of traditional opera developed rapidly and diversely in different regions. When these distinctive opera styles were performed at the capital, artists combined the essence of the different styles and created Beijing opera, one of three cornerstones of Chinese culture besides Chinese medicine and traditional Chinese painting, which continue to be appreciated even in modern times.

Besides these types of music, Chinese peasants composed folk songs, which also developed independently with local flavor. Folk songs described working and daily life such as fishing, farming, and herding were very popular among the common people.

In the early 21 century, Kunqu applied for Masterpieces of the Oral and Intangible Heritage of Humanity in UNESCO world heritage list. Chinese traditional music embraces a boom in development.