Flourishing in Suzhou of east China’s Jiangsu Province, Suzhou Pingtan is a folk art denoting Suzhou Pinghua and Tanci, which is storytelling and ballad singing in Suzhou dialect. Pingtan has absorbed popular folk tunes in its development, thus it has a great diversity of styles in singing and storytelling. 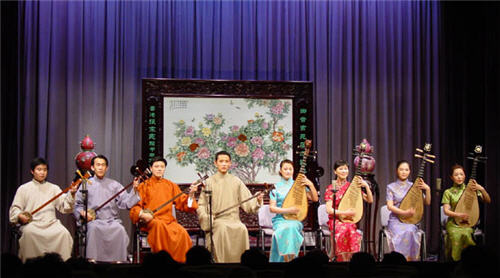 Known for storytelling, joke cracking, music playing and aria singing, Suzhou Pingtan is performed solo, in duet or as a trio with small three-stringed plucked instrument and Pipa used as accompaniments. The Ban, or wooden clappers, produces various styles of tone and melody.

Pinghua developed from the storytelling art of the Tang (618-907) and Song (960-1279) dynasties, and the performances are speaking only, there is no singing. It is mostly performed by a narrator that holds a fan and a piece of wood while telling historical, judicial, heroic and epic stories. The most popular stories are The Tale of Yue Fei, Gallant Heroes, The Water Margin, and The Seven Gallant Men and Five Heroes from the Three Kingdoms, The Sui and Tang Dynasties. 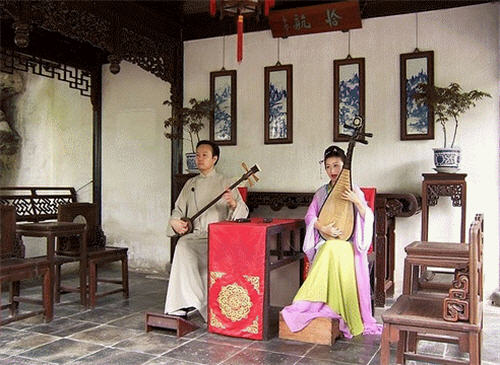 Tanci is mostly performed by two singer narrators, and occasionally by one or three narrators, accompanied by a three-string zither and a pipa lute, telling and singing stories from daily life and about love affairs. The most popular stories are The Pear Pagoda, The Jade Dragonflies, The Gilded Hairpins, and the Three Smiles. 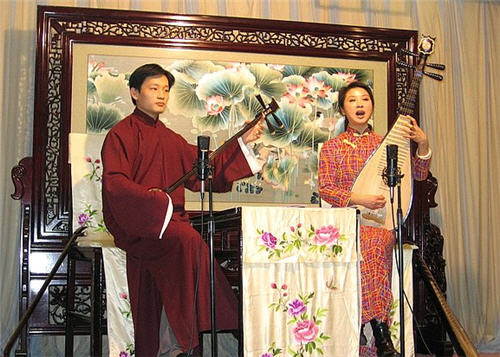