According to the traditional customs in some Guizhou counties, when children are still in the budding period, their parents choose their marriage for them. After rounds of blind dates and engagement ceremonies, parents hold a grand marriage when their children are five or six years old. After the ceremonies, they still live in their own family and continue their happy childhood.

Jiagu, also known as the fake shell, is a bamboo shell-framed headdress overlaid with batik cloth. Strongly attached to their sheer free life, many girls hesitate to wear Jiagu. So during the Jiagu wearing season, some married girls are forced to wear it by tricky “surprise attacks”. Every year during August and September, or April of the following year, the groom’s mother and sister-in-law, or two female relatives, will bring a chicken and Jiagu to the bride’s home and catch her unprepared to unclasp her hair and wear Jiagu; if unsuccessful, Jiagu will be worn on another day. Wearing Jiagu means the end of her living with her parents and the beginning of marriage.

Yi people get marriage by scrambling. If one’s bride comes from the following ethic nationalities, you will find the paleness of modern fortune. If you want to get married, you must have strong health and master several skills such as wrestling, singing and scrambling, as well as having a brave mind and flexibility. In addition, you must also have a strong team to fetch the bride and make strong mental construction in advance because you could possibly marry the bride and live with her family.

Yi people believe that water can eliminate evil and generate happiness. Thus, splashing water is often seen at Yi peoples’ weddings. The groom will select several strong and intelligent males to complete the task of fetching the bride. Not only do they need to withhold the coldness of splashing water, but also they will finally accomplish the task successfully.

A matrilineal society is the signature culture of Amei people in Taiwan. Men marry into and live with the bride’s family; while women inherit the family possessions. The men are sent to a juvenile club for training when they are 13 years old. They attend fitness tests every three years to get promoted to a higher-level club. The men can get married only after living in an adult club and reaching 22 years old. They are trained to be the warriors to protect the tribe. If the men get divorced, they return to the adult club and await the next chance for a second marriage.

Along with the tradition, every family member can enjoy three days of freedom and privacy each year to get reunited with their once lovers to seek comfort. They can embrace the intimacy, even live together without anyone’s interference. After the three days, they must return to the normal family life unconditionally. 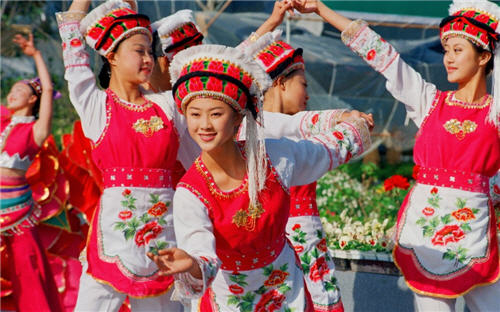 For Dai people, their custom is marrying a man to a woman, which means boys will be married to girls at certain age. In their traditions, men would be considered as civilized only after becoming monks for several years; the temples are their temporary schools. The monks are permitted to fall in love with girls. For Dai people, the boys and girls usually fall in love during adolescence, which is the fountain of the puppy love custom.

In the streets of villages and towns, small boys dressed in monk dress, riding bicycles, followed by Dai which is as pretty as a flower girl in the streets can be often seen. This puppy love custom enriched with fascinating ethnic romance has evolved into signature culture peculiarly belonged to Dai people. 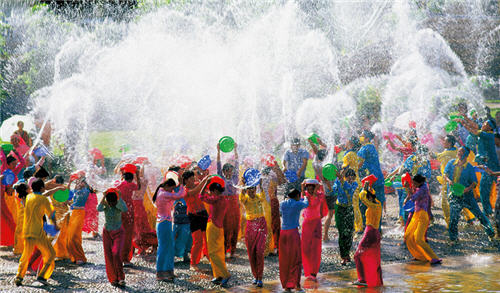