Originated in southwest China’s Chongqing City and eastern Sichuan Province, the Songs of Chuanjiang Haozi are the songs boatmen used to unify their rowing rhythm. The Songs of Chuanjiang Haozi were inspired by the environment around the singers, such as mountains and rivers. It generally has a lead singer supported by others. Singing the Haozi is a good way to fight fatigue and build strength, power and spirit. The songs are believed to be a cultural treasure by academics, as they embody the spirit of the working people.

According to historical records, Li Daoyuan, a famous geologist in the time of the Northern Wei (386-534), he heard the fishermen singing the Haozi and wrote in his classic work on China's waterways, the Commentary on the Waterways Classic, "Of the three gorges in Badong, the Wu Gorge is the largest. When the monkeys wailed three times, I found my shirt soaked with tears." This is the first mention in history of the Haozi.

In 2002, the Chongqing Museum received a tape from Germany, which contained a recording of the Haozi made by the German consul and his wife at the end of the Qing Dynasty (1644-1911). This is the earliest audio and video material of the Chuanjiang Haozi.

There are dozens of categories and thousands of songs and repertoires. Some representative songs include the Kuixing Buiding, The Big Turtledove and the Small Turtledove. Now power boats outnumber those fueled by manpower, and the songs are dying out. So we need to carry out protective measures to keep this piece of cultural heritage alive. 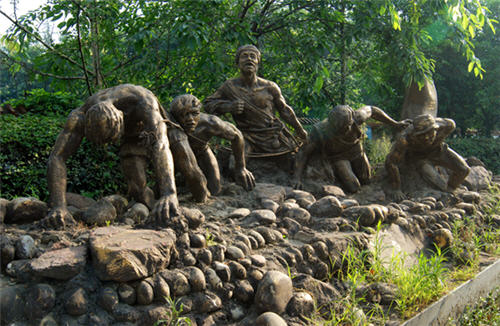