Silver Needles is a famous kind of China’s white tea growing in Fujian Province. Silver Needles Tea is amongst the finest and most representative of white teas. It has been described as “ideal” and “elegant”.

For the coastal province of Fujian there is an old tradition, local people believe that the daughter's trousseau can be only enriched by an elegant tea, which only comes of age when the child is married off. Silver Needles is just this kind of tea.

When silver needle is newly harvested, it can be used as an herbal medicine to cool down the body when somebody gets a fever. It is also used as an ingredient in a kind of lozenges throat-soothing.

First-year white tea sprouts go through simple dehydration, keeping the leaves fluffy and curled-up. It does not undergo any of the traditional tea treatments, neither not ready to drink. It is carefully kept in jars away from light and heat at least 12 months, or even longer like a decade or two. 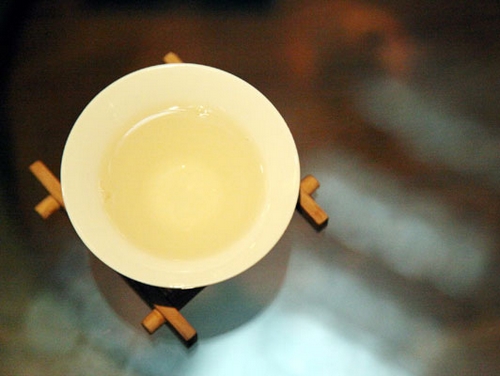 To have the best taste of silver needles, you first need a small pinch of Silver Needles and a clean teapot. Then brew the small pinch of silver needle with fresh water, you can smell the freshness comes from tea polyphenols and amino acids. Even in the summer heat, two to three cups of silver needles are enough to make you feel cool. The only thing to notice is that tea is not for quaffing but for savoring.

Besides, ladies love silver needles not only for its taste but also for the special effect of doing facial therapies. The recipe is: fill a small cosmetic bottle with water; put in two Silver Needles leaves; leave it overnight to infuse and you will have a clear natural toner in the morning.