As one of the three most famous brewed wines in the world, Yellow wine is made from rice and husked millet, containing 14 percent to 20 percent alcohol. Highly original, yellow wine brewing techniques are regarded as the model of the wine-brewing industry in Asia. 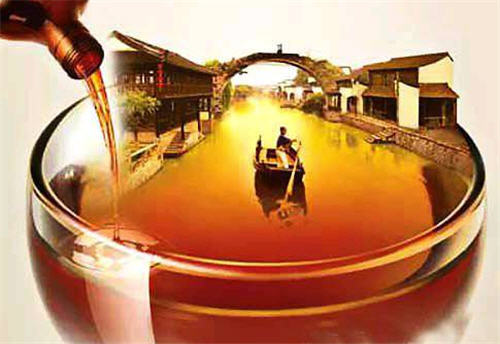 The earliest historical record of Shaoxing Wine can be dated back to the Spring and Autumn Period (770-476 BC) and the Warring States Period (475-221 BC). At that time, wine seemed to be an important tool which connected closely with politics, diplomacy and military affairs.

Goujian, King of Yue State, came to the throne in 496 BC; and Fuchai is King of Wu State. After being defeated in battle, Goujian subjected himself to all kinds of hardship and led his people to gather strength. In this way, he managed to win the final victory. In the historical records of Goujian, the word “wine” is mentioned many times, particularly referring to the yellow wine produced in Shaoxing City.

Wang Mang usurped the throne during the end of the Western Han Dynasty (206 BC-AD 24). He confirmed the proportional relationship between raw materials and the yield of the wine produced and sold by the government. It can be inferred the current brewing method of Shaoxing wine was inherited and developed in the Western Han Dynasty in some aspects.

The Eastern Han Dynasty (25-220) marked a turning point in the quality of Shaoxing yellow wine. Today, Shaoxing wine is regarded highly for one of its irreplaceable water of Jianhu Lake as the raw material. The water originated in the Eastern Han Dynasty when large-scale water conservancy projects were built to develop agriculture and economy.

From 102 to 115, large-scale flood detention reservoirs were established in Shaoxing city, promoting Shaoxing’s small reservoirs to large ones. In 140, Chief of Kuaiji Prefecture aroused the people to build a dam, forming Jianhu Lake. Gathering the springs from Kuaijishan Mountain, Jianhu Lake provided high quality water for the wine-making industry in Shaoxing city and laid the foundation for Shaoxing yellow wine.

During the Wei (220-265), Jin (265-420) and Northern and Southern (420-581) Dynasties, Nv’er Hong, a kind of Shaoxing yellow wine, came into being. Many books provided a foundation on which Shaoxing yellow wine could be handed down to future generations.

During the Tang Dynasty (618-907), Five Dynasties (907-923) and Song Dynasty (960-1279), Shaoxing wine entered a stage of all-round development. With praise and adoration from the celebrities, Shaoxing wine became increasingly popular among refined scholars and played an increasingly important role in social life.

Shaoxing wine is aromatic and mellow, with its bouquet spreading for a long time. Thus it is regarded as the superior among all kinds of wine by the public. From the end of the Qing Dynasty to nowadays, Shaoxing wine was well known at home and abroad. Having been awarded several prizes, it became increasingly valuable and popular. 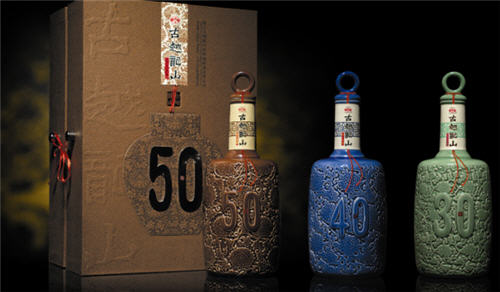