For those who are interested in Chinese cuisine, Shaanxi street food is a good entry point. As Shaanxi Province is one of the cities with longest history of China, Some of its snacks have a history that can be traced back to the Han Dynasty (206 BC-AD 220).

Located in Northwest China, Shaanxi has a cold climate, so food there in Shaanxi tends to be spicy, greasy and meaty to keep the people warm. The cooking skill sets are no different from those of ordinary Chinese cooks, but the food genre's variety is what makes it such a great diving-off point for first-timers.

Biangbiang noodle is the first must-try of Shaanxi Province. Biangbiang noodles are thick, fat and long. Each belt-like strand is three-finger wide, spiraling down into a big bowl. The interesting thing is even for Chinese it is one of the strangest foods, and all you need to do to know why is to take a look at its name in Chinese characters. Most Chinese would not even know how to write the 57-stroke character for "biang" which has so many turns that it actually looks like a hieroglyphic on paper. The strange character was created a long time ago, it has been passed down and nobody use it anymore, let alone on the keyboards of a computer. 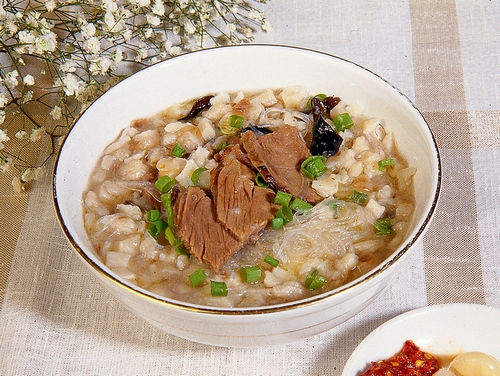 The second food I recommend is the Shaanxi version of the Western hamburger, called fatty pork sandwich (rou jiamo). Fatty pork sandwich is very tasty and surprisingly light. The pita-like bread they use to encase the succulent fatty pork is the perfect receptacle for the soft, slightly greasy meat.

The last one and most renowned one is hand-pulled noodles with sour soup (called Qishan noodles). Order it with extra vegetables and slurp away will be better. The broth warms and the noodles nourish. For those who want some meat in their bowls, the Qishan noodles with ground pork are a house favorite. The broth is tangy, but hit the back of our palate with its salty-spicy aftertaste. Peppered with vegetables, meat and egg, this is a hearty, flavorful choice. 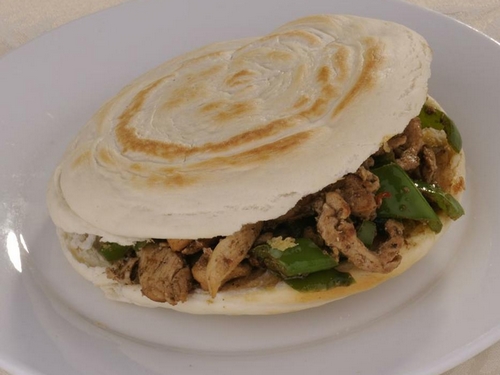 In winter, when the weather turns brisk and you could smell snow in the air, there is nothing like a vast bowl of hot, soupy noodles to warm you up. Shaanxi street food could found around each corner around the city has been warming tummies across the neighborhood. No matter you want to try big brand or just small food court that could offer a big bowl of noodles that keep you going through the cold weather.