Originated in the Yellow River Valley of Shaanxi and Gansu provinces in northwest China, Qinqiang Opera is a local opera that mainly thrives in Shaanxi, as well as the neighboring provinces like Gansu, Qinghai, Ningxia Hui Autonomous Region and Xinjiang Uygur Autonomous Region.

Qinqiang Opera boasts the most ancient, affluent and largest musical system of all Chinese operas, thus it was reputed as the forefather of Chinese operas. 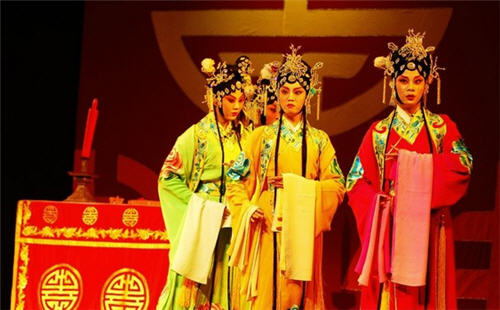 Qinqiang Opera first originated from local folk songs and dance forms in the birthplaces of Chinese culture. As an opera art form, Qinqiang Opera evolved in Chang’an, China’s political, economic and cultural center in the ancient times. With the persistent efforts of the local people over generations, Qinqiang Opera has popularized and thrived.

As one of the earliest operatic systems to reflect the emotions of human beings, Qinqiang Opera is equipped with a set of performing skills created by the artists. Qinqiang has great influence of other operatic forms. During the Qing Dynasty, it entered Beijing and directly affected the formation of Peking Opera. Qinqiang Opera thrived during the reign of Emperor Qianlong (1736-1795) when Qinqiang troupes were disseminated throughout the country. In Xi’an, the provincial capital of Shaanxi alone, there were 36 Qinqiang troupes. The number of the Qinqiang works topped 10,000, ranking first on the list of more than 300 local operas in China. But only about 4,700 works remain today. 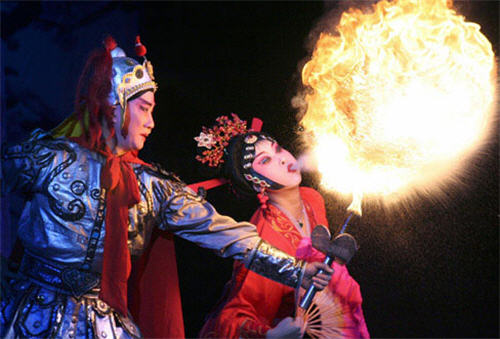 Qinqiang Opera repertoires usually feature themes as anti-aggression wars, the fight between the loyal and the treacherous, the struggles against oppression, as well as a number of other topics of strong human interest that reflect the honest, diligent, brave and upright characteristics of the local people.

There are generally two kinds of arias in Qinqiang Opera: Huan Yin (joyous tune) and Ku Yin (sad tune). It is said that the essence of Qinqiang Opera is hidden in Ku Yin as it can reveal the deep sad emotions through penetrating voices. Each type was used in accordance with the plots and figures. The major accompanying instrument is the Banhu (a stringed instrument), featuring a clear and melodious sound.

The different dialects of various areas and types of folk music have contributed to slight differences in the opera itself in terms of pronunciation, aria, music etc. Thus four major genres were formed in different dialect zones. In recent years, the major genre in and around Xi'an has played a dominant role in the innovation and development of the art form.

Qinqiang Opera songs are sonorous, bold and touching; the music is colorful and elegant; and the performances on the whole are plain, exquisite and lively. Furthermore, it boasts unique performing skills as spitting fire and hat dances by the performers.

However, since the 1980s, local operas have struggled for survival and inheritance despite their long history and cultural value. Cultural specialists are working hard to preserve the art form. Fortunately, Qinqiang Opera was listed as national Intangible World Heritage in 2006. 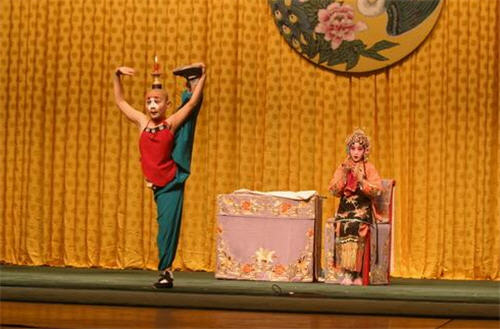