Pingfeng, known as the folding screen is an essential part of traditional Chinese furniture. The term Pingfeng means protection from wind, which suggests the original purpose of this ancient furniture.

The earliest common use of Pingfeng dated back to the Han Dynasty (206 BC-AD 220). As time passed, the furniture was made in a wide range of sizes from extremely large, oversized folding screens that were used in spacious palaces, to miniature decorative screens that could comfortably fit on a tabletop.

Chinese Pingfeng often features a dragon motif, one of the most familiar Chinese designs. As a king of the animals, dragon represents nobility and royalty. Beautiful peacocks are also depicted on Pingfeng panels. The peacock’s legendary combination of strength and beauty led to its extreme popularity as a decorative subject. Pingfengs made from several joined panels also bear other decorative paintings and calligraphy. 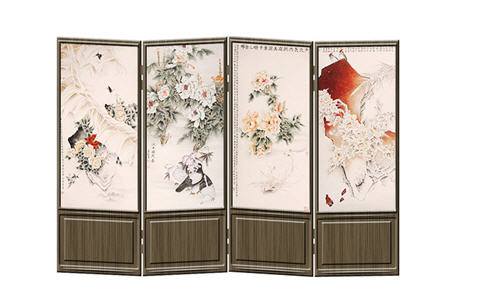 An elegant Chinese Pingfeng was not a purely decorative piece of furniture in an old Chinese home. The screen would double as a thing of beauty and a hiding place. In feudal China, the unmarried young woman of a rich family was not supposed to see or be seen by men other than her close relatives. When a potential suitor paid a visit, the daughter might take a peek at him from a screen behind which she would be completely concealed. Her father would discuss literature with the young man and ask him to compose an impromptu poem. If the composition of the poem and the man's good looks impressed the young woman and her father, she might agree to take him as a husband.

Today, Pingfeng is back in vogue for its distinctive eastern elegance, as well as its practical function as an exotic piece of furniture that can act as a moving wall or divider. Pingfeng can also add character and define style to the most modern room. 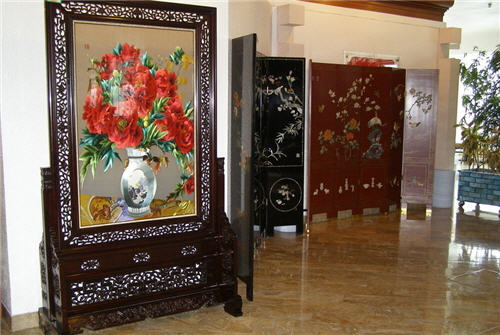