History and Features of Ping opera

Ping Opera enjoys a history of more than 70 years. As a folk say-and-sing art, it originated from Luan County in east Hebei province. About the year 1910, it formed in Tangshan. When it performed in Shanghai in 1935, the original name of BengBeng Opera was changed to Pingju, Ping Opera in Chinese. Since Ping Opera moved from the rural areas into the cities, it has produced many new programs under the influence of modern drama and Beijing Opera.

Ping Opera features beautiful singings. Although Ping opera was influenced by the figures and patterns of Bangzi and Beijing operas, it still preserves its folk origins and ties to everyday life. It is rich in the flavor of life similar to folk tunes with lively and free forms. Songs are enunciated clearly and the librettos are easy to read and understand. It gains wide popularity of people in rural and urban areas for it has accessible text, speech-like tunes, and easily understandable articulation. 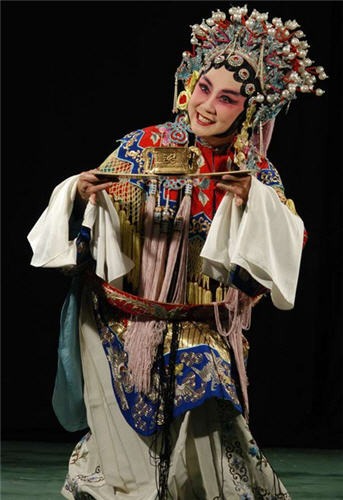 Child Husband is Xiao Nuxu in Chinese. Set in the early 1950s, this opera tells the story of Yang Xiangcao, a young woman in Yang Village, who is engaged to Tian Xi. Yang's father forces her to marry Luo Changfang, the 11-year-old son of Widow Luo, just for Luo's generous betrothal gifts. Yang and Tian sue Yang's father in the county court. The judge awards Yang a divorce. She and Tian finally get married.

Empresses, Chinese name of Jiemei Huanghou of the opera. This opera is about conflicts within a royal family in the Liang Dynasty (502-557AD). The Liang Emperor, who is over 70, wants to crown a prince. Prime Minister Lu Hao recommends that he choose Xiao Xun, the emperor's eldest son. But Empress Bi doesn't agree, since Xiao Xun is the offspring of an imperial concubine. The empress wants her own son Xiao Ying to ascend the throne so that she may hold court from behind a screen. The ensuing clashes make for entertaining opera.

Flowers as the Keepsake is Hua Wei Mei in Chinese. Wang Junqing meets his cousin Li Yue at his father's birthday party and is attracted by Li's beauty. But Li's father opposes the marriage. Zhang Wuke, a pretty young woman, is willing to marry Wang Junqing but Wang refuses. Matchmaker Ruan arranges a meeting between Wang Junqing and Zhang Wuke. Wang asks his brother Junqing to meet Zhang on his behalf. Zhang and Junying fall in love with each other at first sight. The opera has a happy ending as Wang Junqing marries Li Yue's and Junying marries Zhang Wuke. 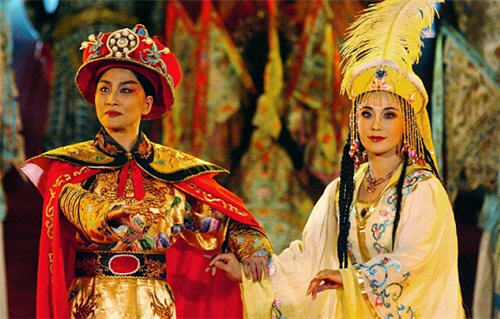