Nine Sons of the Dragon

It was said that the dragon had nine sons, each of whom was endowed with a unique supernatural power and different legends.

The eldest son appeared as a tortoise, a creature capable of bearing very heavy stone steles. Tortoise statues were erected in ancient temples and courtyards, as people believed that to touch them could bring good luck. 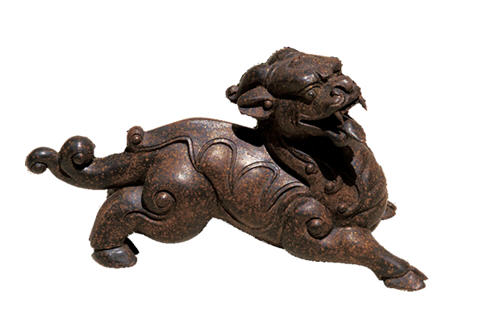 The second son was like a tiger, powerful especially in the courts of justice and its likeness was engraved on the doors of jails to add stateliness.

The third son was just like a lizard but one without a tail. It was thought to forage in dangerous places with the ability to swallow fire. The roofs of palaces were adorned with such dragons as a protection against fire.

The fourth son, resembling a spiral shell bears a likeness to a closed mouth and would be carved or painted on doors as its closed form symbolized safety.

The fifth son had a great love of music and it is depicted as a yellow dragon upon musical instruments such as the Hu Qin of the Han People, Yue Qin of the Yi ethnic group, and tri-chord qin of the Bai ethnic group. 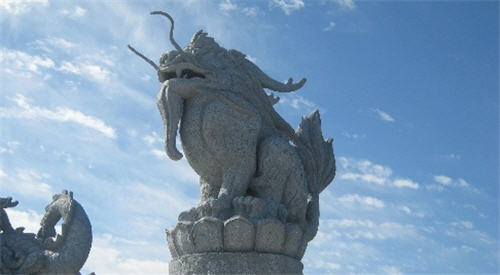 The sixth son was similar to but smaller than its father. It feared cetaceous creatures such as dolphins or whales and upon seeing a cetacean, it would shout loudly in fear. Thus it became a tradition for people put its likeness on clocks with a carved wooden cetacean as the bell-striker in order to increase the sonority of the toll.

The seventh son appeared like a wolf and people who were greedy would be called Tao Tie which was the name of this son. 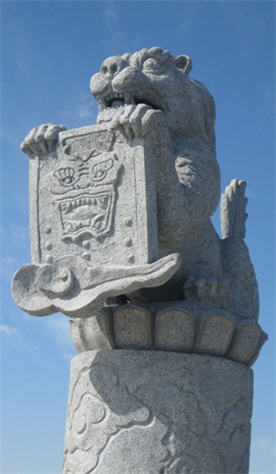 The eighth son was like a lion with a propensity to sit and enjoy the aroma of joss sticks. This was introduced into the imagery of Chinese Buddhism and would be depicted on Buddha thrones and incense burners. 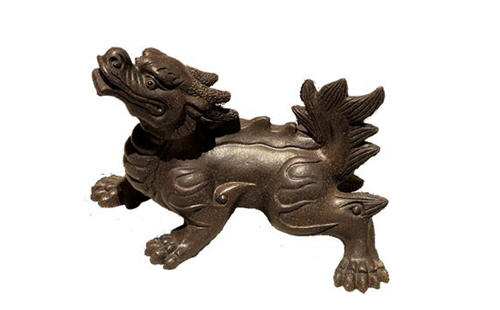 The ninth son bore a likeness to a jackal with its taste for killing, thus it often appeared on sword scabbards. Another tradition says that Pixiu, a fierce but auspicious beast, was the ninth son. It had a dragon's head, horse's body, kylin's feet, a long beard and wings but no anus, which was its most distinctive feature and symbolized the bringing and accumulation wealth. In the art of Feng Shui, it also functioned to exorcise undesirable influences. For this reason hosts would have a statue of Pixiu on certain furniture; it was believed that Pixiu made of jade were the most effective for such purposes. 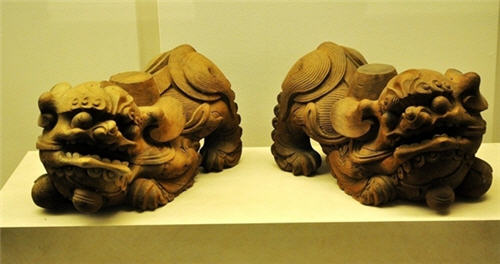