Mosuo people are inhabitants on the banks of the Lugu River in southwest China’s Yunnan province. The Mountain-Circling Festival is one of the grandest annual festivals celebrated by them. It is a day to pay homage to the holiest goddess of protection called Gemu. On the 25th of lunar July, local people pray for the Goddess' protection by providing offerings to her on the Lion Mountain, which is believed to be the incarnation of Goddess Gemu. In the meanwhile, the custom of walking around the mountain is observed.

The mountain-circling festivities last for three days. During the day, activities like singing, dancing, horse racing, wrestling and picnicking are held; during the night, people camp by the Lugu Riverside. This is a good chance for young men and women to get to know each other, so that they could become lovers in the future. 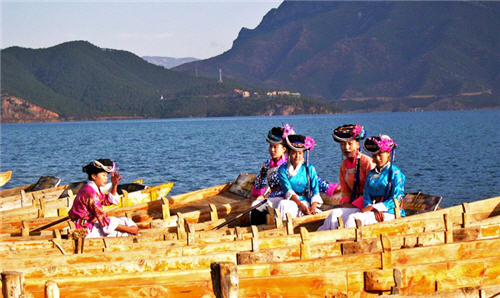 The worship of Goddess Gemu by the Mosuo people can be dated back some 1,000 years.The Mountain-Circling Festival is the birthday of Goddess Gemu. The Mosuo people honor her as their Goddess of beauty, love and protection. And there's a beautiful story about Goddess Gemu. One day, her lover of "the walking marriage" came to spend some time with her. On his way back early in the following morning, his horse fell into the valley and he couldn’t get home before dawn. Then he became a statue. Watching the statue, Goddess Gemu's eyes were streaming with tears, which had formed the Lugu Lake. And she became the Lion Mountain, protecting local Mosuo people.

In the morning of the festival, Mosuo people will put on their best clothes and carry offerings to the Lion Mountain to pay homage to Goddess Gemu. They burn incense and kowtow to the Goddess. On the sacrificial ceremony, offerings are presented. After the ritual, people walk around the Lion Mountain, which is customarily called mountain-circling; they can also walk around Lugu Lake, which is commonly called sea-circling. 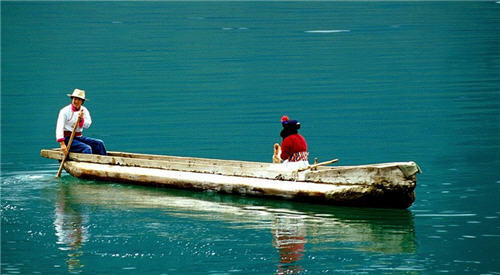 The Mountain-Circling Festival is a reflection of the importance the Mosuo people on the banks of Lugu River attach to women as well as to the custom of "walking marriage". It is a typical element in the time-honored Mosuo culture.