The Mongols originated from a tribe in Northern China in the seventh century of the Tang Dynasty (618 – 907). In the 12th century, a legendary leader, Temujin, unified the Mongolian tribes. Afterwards, Emperor Shizu Kublai established the Yuan Dynasty (1271 - 1368) when the Chinese territory reached its summit and the cultural communication had improved a great deal. The Mongolians have made brilliant achievements in their literature; the Mongolian Secret History has been listed among the world's famous works by UNESCO. 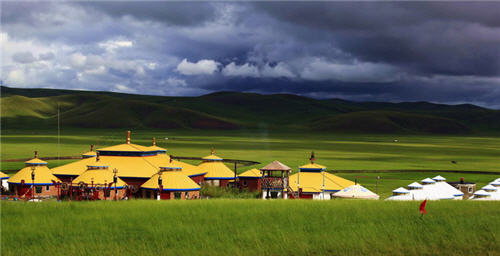 The grandest festival is the Nadam Fair for five to seven days during late August. Mongolian people, in new clothes, will gather from many areas. Many will participate in the exciting competitions of shooting, wrestling, and horse-riding.

The Mongolians are living on vast grasslands; therefore, stockbreeding played a major role in their development, together with agriculture, handicrafts, and other processing industries. The Mongolian people take milk and meat as their daily staple food and drink. They enjoy drinking the milk of sheep, horses, deer and camels. Kumiss, fermented out of horse milk, is a kind of distinctive wine with the function of driving out coldness and as well as strengthening the stomach. Tender, boiled mutton, is representative of their traditional food as well. 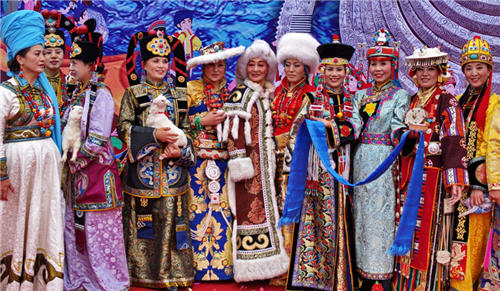 Mongolians are unconstrained and warm-hearted people as they treat others warmly and politely. They greet everyone they meet during their travels even they do not know each other. To present hada which represents holy and auspice, and to hang it onto the guest's neck means that they consider their guests are very distinguished. The guests should bend forward as a way to express their gratitude. When visitors go to a Mongolian home, they will be treated very well by being given wine. But they must fully respect their hosts' customs such as: they will not step on the threshold, sit beside the niche of Buddha, and touch children's heads, etc. They admire fire and water, so guests should not dry their feet or boots on the stove, nor should they wash or bathe in the river, as it is holy and clean in their eyes. 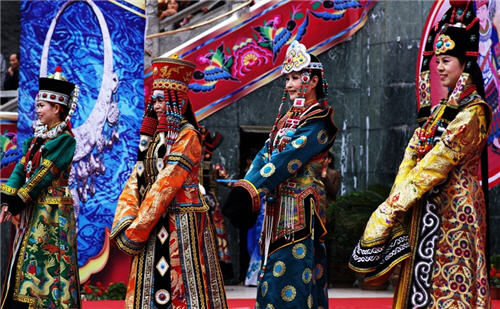