March Street Festival, a carnival of Bai People in Dali

The March Street Festival is one of the most magnificent festivals of the Bai Ethnic Group in Dali, Yunnan. The festival, also called Third Moon Fair, is held from 15th to 21st of the Third Lunar Month (usually in April) annually.

Bai is an ethnic group with a long history and unique culture inhabited in the Bai Autonomous Prefecture of Dali, Yunnan Province. Bai People believe that white represents dignity and high social status, their love in white color gets reflected from clothes. Women generally wear white dresses, sleeveless jackets of red, blue or black color. Men like to wear white jackets, black-collared coats, and dark loose shorts. Their headwear and costume also reflect the Bai symbols: the snow, the moon, the flower, and the wind. 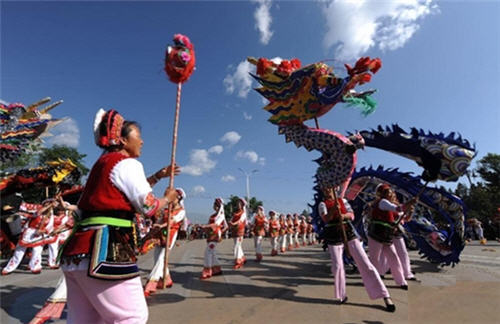 With a history of more than 1000 years, the March Street Festival is also named Guanyin Fair (Goddess of Mercy Fair). At the very beginning, it was a temple fair for giving sermon and worshipping and then turned into a prosperous trading fair. Businessmen from Sichuan, Tibet, and other regions of southwestern China headed here to trade goods since the Ming and Qing Dynasty.

In the legend, there was a tyrant who expected an immortal life and ate eyeballs of two persons each day. In order to help local people to get rid of this tyrant, a brave young man with miraculous power tried to entrap the tyrant to go to the foot of Mount Cangshan. Then the young man let a divine dog to bite off the tyrant's throat to death. In memory of this brave man and in celebration of the special day, Bai People would gather together from March 15th to 21st of the lunar calendar, singing and dancing. 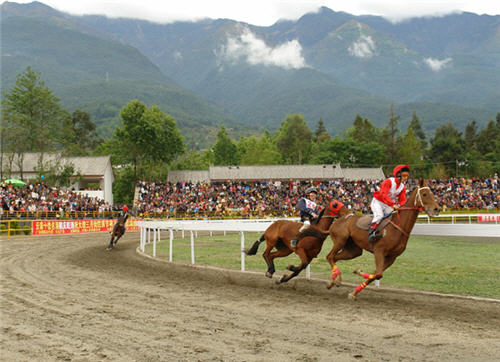 Nowadays, themes of the festival are about horse racing, singing and trading. On the first day of the festival, local people in traditional costumes keep singing and dancing to celebrate it. Various ethnic featured activities, including horse race competition, trade fair and local operas are staged during this 7-day festival.