Giving children the 'lucky money' in red envelopes, or mandarin 'Ya Sui Qian', is a long-prevailed tradition of the Chinese during the Spring festival.

According to the folk legend, ancient Chinese believed children were likely to attract or get hurt by evil spirits. In mandarin 'Sui' means the "year", and has the same pronunciation as another character which means "evil spirit", so 'Ya Sui Qian' means to keep off evils with the money sent every year. These red envelopes are called Hong Bao. Symbols of wealth and luck usually decorate the outside of the red money packages. Some of these envelopes are very elegant and fancy with embossed gold designs on a rich red background. Red, the color of the envelop in which the money is contained, symbolizes luck and happiness. 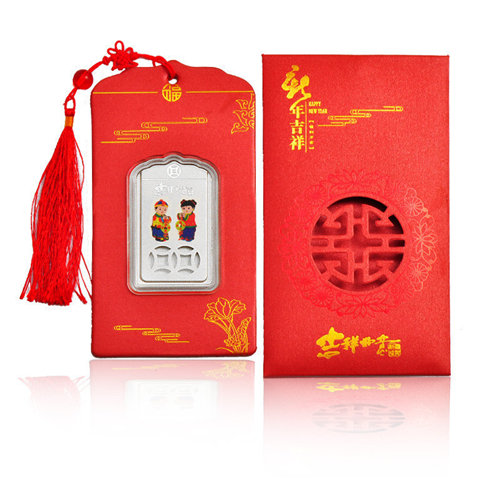 Back in the old days, the rule of the thumb was "no kowtow, no red packets". Children used to kowtow before being handed an envelope. It was a way of showing respect to seniors, but now this custom has almost died out with the changing of times. For the Chinese kids, it is still their happiest time of the year.

Nowadays, Spring Festival traditions still carry great importance to Chinese people. The amount of lucky money some children get today would seem astronomical to older generations, but it’s the love that’s given every day that still matters most.