Kunqu Opera, Masterpiece of Oral and Intangible Heritage of Humanity

Originated in the Yuan Dynasty (1271-1368) in the lower Yangtze Valley, Kunqu Opera is said to be the mother of all Chinese operas and is one of the oldest forms of opera still existing in China. Among the earliest genres of drama, the traditional performing art was named for its birthplace. Thus Kunqu Opera is also called Kunshanqiang. It features the virtuosity of its rhythmic patterns and has exerted a dominant influence on all the more recent forms of opera in China, including the Sichuan and Beijing operas.

In 2001, United Nations Educational, Cultural and Scientific Organization proclaimed Kunqu Opera as a masterpiece of the Oral and Intangible Heritage of humanity. 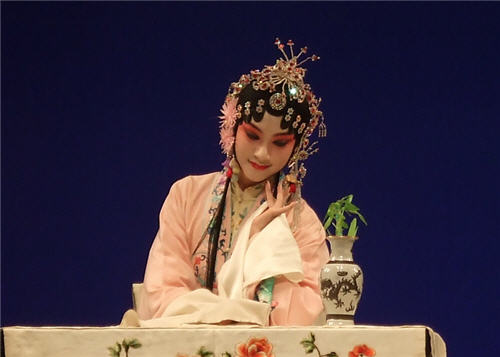 The development of Kunqu Opera music went through several stages. In the early days, the songs were composed of long and short lines. The singer sang solo, and the orchestra came in at the end of each line. Only percussion instruments were used in the course.

In the Ming Dynasty (1368-1644), Kunqu Opera was reformed to be mild, smooth, and graceful. The performers attached great importance to clear recitation, correct singing, and pure tunes. Meanwhile, the composers wrote the tunes before working out the musical scores; and the songs were written in seven-character or ten-character lines. Moreover, three types of musical instruments known as stringed instruments, bamboo flutes, and drums and clappers, formed the accompaniment. The orchestra consists of traditional instruments including the dizi, a horizontal bamboo flute which plays the lead part; the xiao, a vertical bamboo flute; the sheng, a mouth organ; and the pipa, a plucked string instrument. Many Chinese local operas are greatly influenced by its tunes and acting style.

Kunqu Opera is acknowledged as an elegant opera in terms of music, recitation, and the performers' movement. Because of its soft arias and the graceful movement of its performers, it is foremost acclaimed as watermill song. Carrying forward the tradition of ancient poetry and common speech, the art is also of very high literary value.

Kunqu Opera is now becoming the object of renewed interest. Since 2001 when Kunqu Opera was proclaimed as a masterpiece of the Oral and Intangible Heritage, the traditional performing art has experienced a rebirth in the past few years. Four classical plays, including The Peony Pavilion, have been restored and updated. 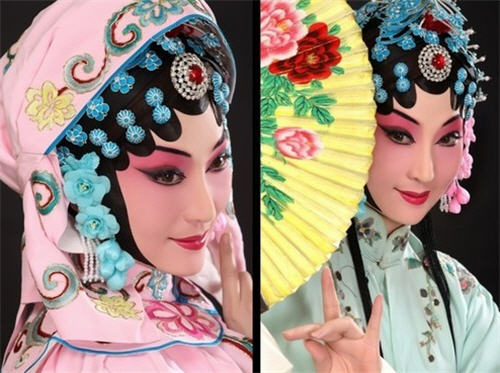 The Peony Pavilion in Kunqu Opera

The scene is an excerpt from The Peony Pavilion, written by Tang Xianzu who lived in 16th century and is now known as "China's Shakespeare". The Peony Pavilion tells the tragic tale of Du Liniang, who dreams during a walk in the park that she meets and falls in love with a young man. Unable to live her dream in reality, she falls ill and, as she is dying, asks to be buried in the garden where she met her beloved in the dream. Later, Lui Mengmei, a student on his way to the capital, passes in front of Du Liniang's house and asks to spend the night there. As he sleeps, he dreams about the young girl. Revealing to him that he is the one her heart desires, she asks him to open her coffin. Liu Mengmei does so and Du Liniang comes back to life. This play is sweet, graceful, and profoundly touching, winning praise from home and abroad. 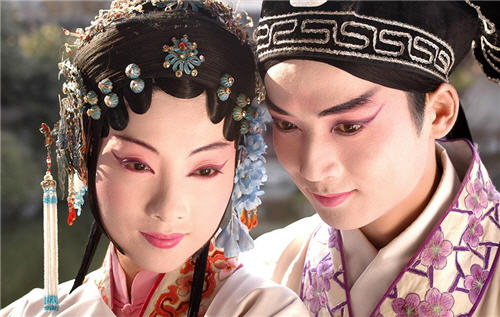