Originated in Henan Province, Henan Opera, also called Yu Opera is one of China's most popular national opera forms. Yu Opera is called so for Henan's one-character abbreviation is Yu. And Henan Opera is noted as Henan Bangzi or Henan High Tune by the natives.

The area in which people performing Henan opera is basically in the region of Yellow River and Huai River. Henan Opera is the leading opera genre in terms of the number of performers and troupes. Except Henan, most of the provinces in China all have professional Henan opera troupes.

The origin of Henan Opera is hard to trace, and the sayings about its origin are different. But most of the experts believe that Henan Opera was first performed during the late Ming and early Qing dynasties. At the beginning, it has mainly song arias without any make-up, which was loved by the ordinary people. As a result, it received wide popularity and developed rapidly.

Henan Opera is noted for its skill-demanding melodies, strong rhythms and intensive use of spoken language. Henan Opera is popular among the local people and then becomes a major local opera in Henan Province because of its local features and rich flavor of life. There are more than 600 traditional plays in the repertoire of Henan Opera, among which the most well-known repertoires are Chang Xiangyu's Kao Hong, White Snake Story, and Hua Mulan, Ma Jinfeng's Mu Guiying Assumes Command. 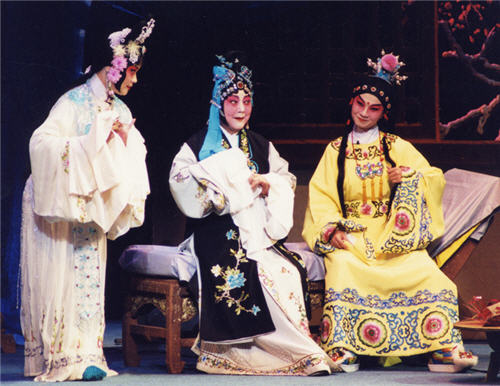 Romantic Scholar (Fengliu Caizi in Chinese): The opera vividly describes the beautiful romance between Tang Bohu and Qiu Xiang. Tang was a romantic scholar chased by dozens of charming women. He resists them all, including his cousin Feng Yulan, a beautiful lady from a rich family. One spring day, Tang goes sightseeing on Suzhou's Huqiu Hill and encounters Qiu Xiang, a maidservant in a high-ranking official's family. Tang falls in love with Qiu. Giving up the opportunity of being an official post and ignoring views of others, he disguises himself as a servant to get close to Qiu Xiang. After experiencing countless troubles, he achieves what he wishes.

Chaoyanggou Village (Chaoyanggou in Chinese): Yinhuan, a high school graduate, comes to her fiance's home village, Chaoyanggou, to take part in agricultural production. Meeting a lot of difficulties, she wavers between two choices: settling down in the backward village or returning to the city for a comfortable life. After getting along with the local for a period of time, she begins to understand the local people and is determined to devote her youth to the construction of a new rich village.

Modern Woman, (Fuliu Nvren in Chinese): In the midst of China's urban and rural economic reforms in the 1980s, Yang Hua, a young pretty widow, decides to open a village clothing factory. But the villagers live with her criticizes her ambitious plan. Even her father-in-law opposes her, but Yang does not give in. With her labor, the factory opens and brings a direct challenge to the village's traditional agrarian values. 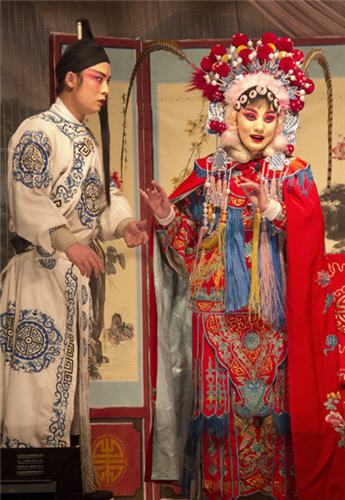