There is a huge variety of seafood dishes available in Hainan. And fresh fruits and vegetables are growing under blue sky and in red soil mostly free from industrial contamination. But don’t forget to try the four most famous dishes if you travel to Hainan.

The Wenchang Chicken is so named because it was first produced in Wenchang City. The chicken is free-range and on a high protein diet. The most traditional way to prepare Wenchang Chicken is "white cutting", which involves immersing the chicken in almost boiling hot water and cooked to preserve its softness and tenderness. It is then eaten by dipping the pieces in a mixture of spices including ginger and salt. All star-rated hotels and the major Hainan style restaurants can serve this dish. 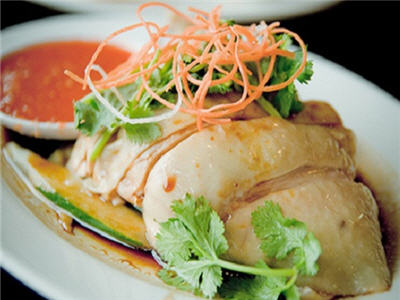 The Jiaji Duck are raised along the Wanquan River in Jiaji Town, Qionghai City. As is grows, this special breed is kept in coops and fed with rice, grain, sweet potato, and chaff. So that it has thick meat, thin skin, soft bone and little fat. The cooking way of Jiaji Duck is also particular. The traditional way to prepare which it is to boil it in water, dice it, then eat with mixture of vinegar, chopped ginger and sesame oil.

Hele crab originated from Hele Town, near Wanning, located on the southeastern shores of Hainan. The yellow meat of the crab has an oily texture, and a strong aroma. Hele Crab tastes best if steamed and accompanied with ginger together with vinegar. It maintains the original taste of the crab and tastes especially fresh and delicate. It is best eaten in autumn. 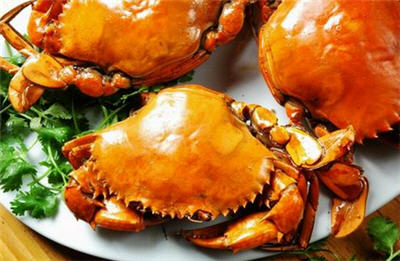 Dongshan Mutton is so named because it is mainly produced in Dongshan Mountain of Wanning City. As to the mutton, it is a delicacy featured with tender meat and thick soup. It tastes fresh and is free of mutton smell. There are various cooking methods for it, including stewed, roasted, or braised in coconut milk.