The Dai ethnic group is distributed in Xishuangbanna in the southern part of China’s southwest Yunnan Province. Thanks to the area's favorable climate, agriculture and horticulture developed very early. An abundance of rice won for Xishuangbanna the title Barn of South Yunnan. In the past, they were called Baiyue, meaning a vast living area. Therefore, they have established a close relationship with ethnic groups like the Zhuang, Dong, Shui, Bouyei and Li, who are said to be the descendants of the Dai people.

The religion of the Dai people is Southern Buddhism, which was adopted in the 6th to 8th century. The religion has a profound influence on people’s politics, economy, culture and arts. Religious activities are so common that most boys between 8 and 10 years’ old are sent to temples where they learn sutras for one to five years. They then leave the temple and spend their lives as secularized monks. 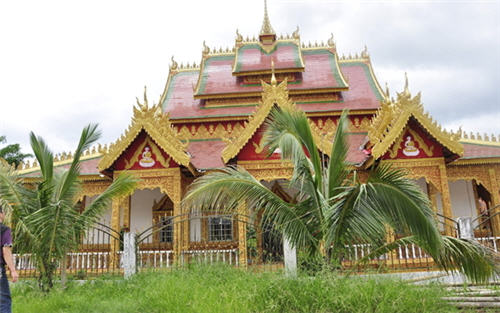 Ethnic groups are very good at singing and dancing, the Dai people are no exception. Their achievements in music are well-known among all the ethnic groups. Their folk and traditional musical instruments include the elephant-foot drum, bronze gong, clarinet, and hulusi.

Xishuangbanna is the home of the peacock, which the Dai people revere as a symbol of good fortune, happiness, beauty and kindness. Thus the Peacock Dance is their most popular folk dance. Performers imitate peacocks with lively, flexible and graceful movements to express the love and respect for peacocks.

The Elephant-foot drum dance is another well known dance. This unique instrument is made of carved mango or ceiba trunk covered with cowhide, and looks just like an elephant foot. The drum can be long, medium-sized, or short. The dance done with a long drum appears very graceful, with the medium-sized one, it is vigorous with broad, sweeping movements; and with the short one, flexible and bright. 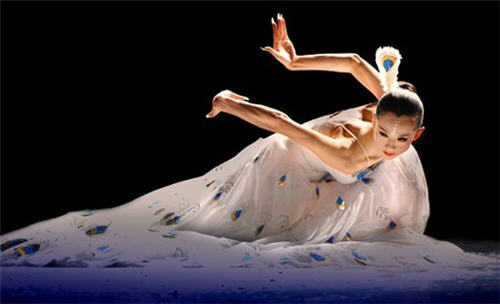 The architecture of the Dai region is distinctive, known especially for the Dai-style temples, bamboo bridges and houses. The temples combine the styles of South Asian and Chinese culture and can be shaped like pavilions, thrones, bells, and so on. Bamboo houses are designed based on local conditions. Made entirely of bamboo, the houses have two floors. Downstairs of the house is for livestock, while upstairs for people. It is a clean, light and well - ventilated design. 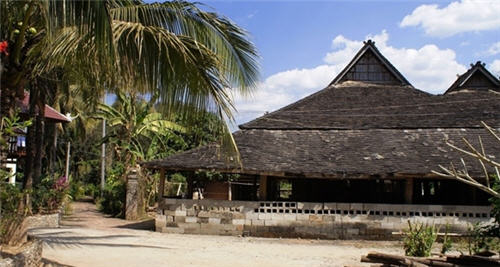 The Door-closing and Door-opening Festivals are the two longest and grandest periods. People worship Buddha by sacrificing food, flowers, sutra, clothes and other wealth. They also take advantage of the holidays to preach Buddhist teachings and have a good time.

The Huajie Festival, Flower Street Festival is held on the seventh day of the first lunar month to say farewell to the past year and to greet the new one. On that morning, men and women, old and young, wear flowery new clothes and bathe in the hot spring. Unmarried young people also sing to each other in an attempt to find their future better half.

Dai people love glutinous rice, hot and sour dishes. A favorite dish is bamboo rice, made by putting clean rice into a bamboo tube, adding water and soaking for 7 or 8 hours. Finally, the mouth of tube is covered with a banana leaf and the whole thing is roasted for about 12 minutes. The resulting soft, delicate rice emits a delicious bamboo fragrance and is a choice offering for guests. 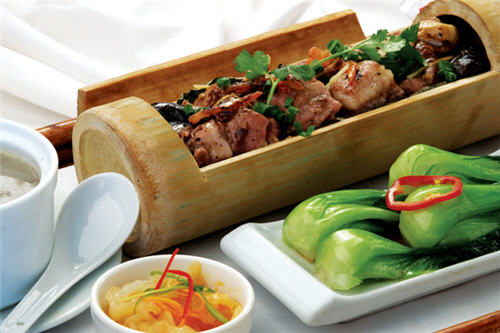