Features and traditions about Lantern Festival

The biggest attraction of the Lantern Festival is the sea of lanterns in every conceivable size and shape. Chinese started to celebrate the Lantern Festival during the Han Dynasty (206 BC-221 AD), and then it became popular during the Tang (618-907) and Song (960-1279) dynasties. This is a festival for people to have fun. At night, people go into the streets with a variety of lanterns under the full moon and watch the lion or dragon dance, try to solve Chinese riddles and play games, enjoy typical food called Yuan Xiao and set off firecrackers. There is really a lot of fun for the young and the old. 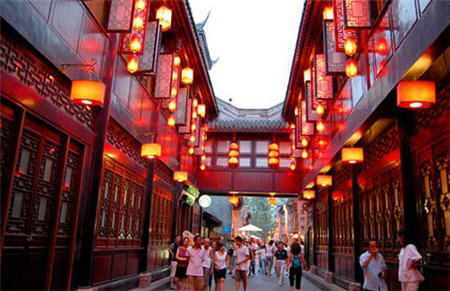 Here are some things you should know about Lantern Festival:

The traditional food eaten on Lantern Festival is a glutinous rice ball typically filled with sweet red bean paste, sesame paste, or peanut butter and round in shape. It is called "Yuanxiao" and "Tangyuan" in northern and southern China respectively. And the way to make them also varies between northern and southern China. A meaning of family reunion and happiness may be felt from the round shape and name of the rice balls.

When it comes to the Lantern Festival, "Guessing lantern riddles" is an essential component. Lantern owners will write riddles on a piece of paper and post them on the lanterns in advance. If visitors can answer the riddles, they can just pull the paper out and go to the lantern owners to check their answers. If they are right, they will get a little gift. The activity emerged during the Song Dynasty (960-1279). As riddle guessing is interesting and full of wisdom, it has become popular among all social strata. 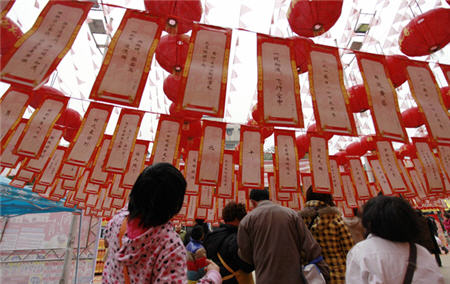 In the daytime, there are performances, such as the dragon lantern dance, lion dance, land boat dance, yangge dance and some will walk on stilts and beat drums while dancing. At night, in addition to magnificent lighted lanterns, fireworks form a grand scene. Most families save some fireworks from the Spring Festival and set them off during the Lantern Festival. Some local governments will even organize a fireworks party. On the night when the first full moon enters the New Year, people become really intoxicated by the imposing fireworks and bright moon in the sky.

The dragon dance, a form of traditional dance and performance in Chinese culture, is often seen in some festival celebrations. The dance is performed by a team of dancers who manipulate a long flexible figure of a dragon using poles positioned at regular intervals along the length of the dragon. The dance team mimics the supposed movements of this river spirit in a sinuous, undulating manner.

The dragon dance is often performed during the Chinese New Year period. Chinese dragons are a symbol of China, and they are believed to bring good luck to people, therefore the longer the dragon in the dance, the more luck it will bring to the community. The dragons are believed to possess qualities that include great power, dignity, fertility, wisdom and auspiciousness.