Confucius and the Confucian Analects

Confucius (K'ung Fu-tzu, or Kongzi in Mandarin) is one of the greatest philosophers in Ancient China. The Lunyu (pronounced in Mandarin Lúnyǔ), translated as "The Confucian Analects", is a collection of sayings by Confucius and the dialogues with his disciples.

The Confucian Analects is the authoritative source for the philosophical theories of Confucius, although of lot of his sayings are also to be found in other books compiled during the Warring States (5th. cent - 221 BC) and the Former Han (206 BC - 8 AD) periods. The time of the compilation of the Lunyu can be found out in the following way: For some persons mentioned in the Lunyu which died after Kongzi, the posthumous title is used, like that of Duke Aigong of Lu, or the nobleman Ji Kangzi. There are also some saying included from the Confucian disciple Zeng Shen, who died half a century after Confucius. The compilation must thus have been taken place in the early 4th century. 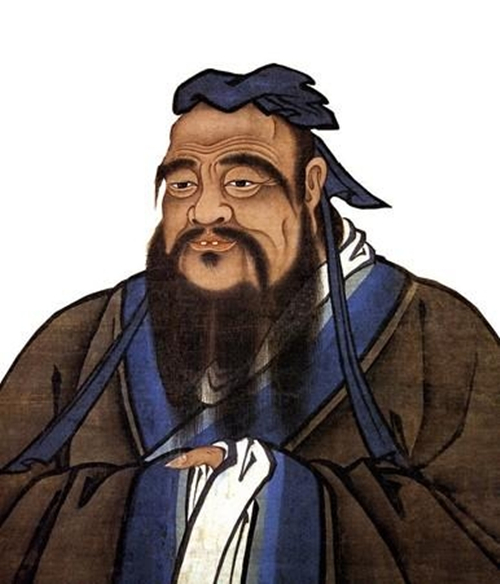 Confucius was born of a rather impoverished family of noble descent in the state of Lu (in modern Shandong). He quickly achieved a reputation for scholarship and learning. During his life, he witnessed the disintegration of unified imperial rule. He was a great admirer of the Duke of Zhou, and sought to convince various nobles to rule according to certain social customs he associated with early Zhou culture. These customs emphasized moral responsibility and the concept of the chün tzu. The chün tzu was any refined gentleman who embodied the virtue of benevolence while he maintained traditional rites, customs, and filial piety toward his ancestors, family, and the gods. Stereotypically, this gentleman was marked by his white beard, fine clothes, and long fingernails. Confucianism might be seen as a philosophy in which politics and government are an extension of morality and tradition. As long as the ruler remained benevolent, the government will naturally work toward the good of the people. A Confucian philosopher strove to be responsible, controlled, and temperate.

Confucius spent ten years traveling through the whole of China's various states. He had ambitions of attaining a political position at one of the Chinese courts, but he never succeeded in this endeavor and spent most of his life as a teacher. Realizing that the warlike leaders paid no attention to his philosophy, Confucius returned to Lu, and he spent the rest of his life training a group of gifted and devoted students. The importance of Confucius lies in having been one of China's first great teachers as well as a political philosopher. His policy was to accept anyone as a disciple provided that the student was genuinely eager to learn, and this idea was revolutionary in a society in which education was the exclusive privilege of the aristocracy. He is also one of the first Chinese philosophers to leave behind a collection of teachings that can be reliably ascribed to his authorship. This is the Lun yü, or the Analects as the work is commonly known in English.

In the Western Han, Confucianism became generally associated with a reverence for "ancient" books and "ancient gods." It later grew to be the official state philosophy of the Chinese empire; it retained this preeminent position up until the twentieth-century. Confucianism ultimately became the basis of a state religion. While it was based on the ancient gods and rites, it was associated closely with philosophical ideals as well. Inevitably, the Master's teachings became modified over the course of time.