Jade has a history of more than four thousand years in China. Jade is found contained within the development of religion and civilization, having moved from the use of decoration on to the others such as the rites of worship and burial. Although other materials like gold, silver and bronze were also used, none of these have ever exceeded the spiritual position that jade has acquired in peoples' minds, as it is associated with merit, morality, grace and dignity. 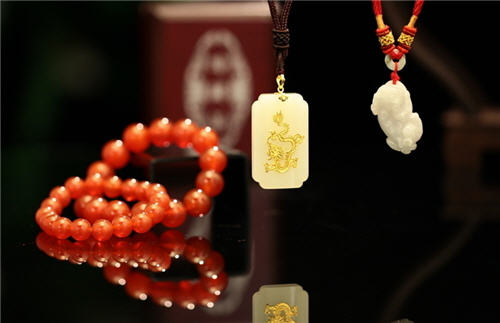 Jade also implied honor and conviction. Many girls in ancient times were also named with jade to reflect the love of their parents. One of the Four Beauties in Chinese history, Yang Yuhuan, the beloved concubine of Emperor Xuanzong in the Tang Dynasty (618 - 907), was their representative. Yang is her surname and her given name Yuhuan means jade ring.

To obtain a real and choice jade article, you should take pains to learn and appreciate it. The criteria lie in the brightness of color and luster, compactness of inner structure, and the delicacy of the craftwork. For example, nephrite creates an oily luster and jadeite creates a vitreous luster. Tiny cracks can lower the value of jade; on real jade, air bubbles cannot be seen; the more lenitive the higher quality of jade, and so on. 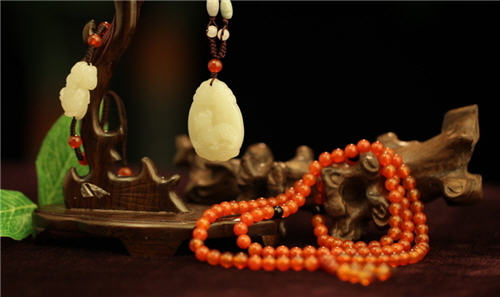 Having purchased a jade article is just half the process of collecting. Jade is like a child that needs constant care. Enthusiasts need to work more to maintain this artwork, or blemishes may appear.

First, avoid bumping on hard surfaces as jade is delicate. Although sometimes a crack cannot be seen by the naked eye, the interior structure may have been damaged. As time goes on, it will appear and reduce the value of the piece.

Second, protect jade articles from dust or greasy dirt. If tainted, they must be scrubbed with a soft brush and light suds and washed with clean water.

Third, when left unused it is best to store the jade in a case or box to protect it from being bumped. 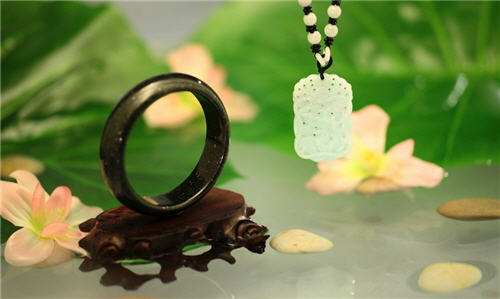 Fourth, jade should be kept away from perfume, perspiration or chemicals. The brightness of jade risks corrosion, especially emerald and other high quality jade, so it is better to clean it with a soft cloth after wearing it.

Fifth, do not expose jade to sunlight for a long time, or it may expand and the quality will change slightly.

Finally, jade has certain water content so keep it in an area of humidity to protect it from over-drying. 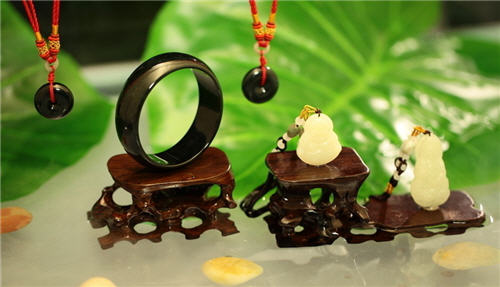