Chinese dates are known as red dates, or hongzao in Chinese. It is a native Southeast Asian fruit that has long been heralded as a super food. Chinese dates have been making appearances on traditional Chinese medicine prescriptions and in local kitchens to decorate buns, porridge, soup or desert as a kind of spice. When they are crisp and green as apples, you can get them fresh during the autumn; when the fruit take on a deep red color and sweet, chewy texture, you can have dried dates.

Red dates have been labeled as the king of nuts for the rich nutritional value. This vitamin-packed punch makes red dates great for people who are recovering from serious diseases. Red dates are said to stimulate the production of white blood cells, which improves immunity, and decrease the levels of cholesterol in the bloodstream, helps protect the liver. Because of their high levels of Vitamin C, dates convert excessive cholesterol into bile acid, which helps prevent gallstones. Meanwhile, phosphorus and iron play an important role in preventing osteoporosis and anemia, both common in women.

Though red dates are good for health, they should be eaten in moderation like other dried fruit. Three to five are usually enough for one day. Diabetics, however, and people with digestive problems should avoid red dates. Chinese herbal medicine says that red dates are not suitable for people with too much internal humidity. 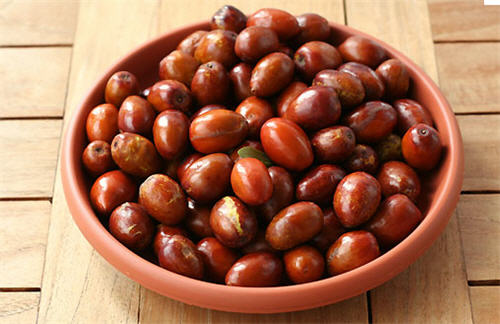 Chinese herbal medicine believes that red dates help build up yangqi, or the warm half of the yin-yang balance in the body, and have the power to strengthen the spleen and stomach, nourish and produce blood and tranquilize the mind. The fruit are also frequently included as an ingredient in strong herbal medicines because of their ability to moderate side effects, especially irritation of the stomach. Though they are eaten by everyone, red dates are especially popular with women for their claimed beauty and health effects, because they are renowned for enriching and replenishing blood.

Historical Records of Dates in China

Date kernel fossils discovered by Chinese archeologists prove that red dates have been in China for more than 8,000 years, and have been used medicinally for more than 3,000 years. In the Western Zhou Dynasty (c.11th century-771 BC), Chinese people began to use red dates to brew liquor, which would be served on special occasions and to distinguished guests. According to the Classic of Poetry, a famous collection of poems dating from around the 8th century BC, red dates were harvested in the 8th month of the Chinese lunar calendar. Book of Rites, a historical record written during the Zhou Dynasty (c.11th century-256 BC) said red dates were used to make dishes. Many generations of Chinese herbal medicine works listed red dates and spelled out its healthcare effects. 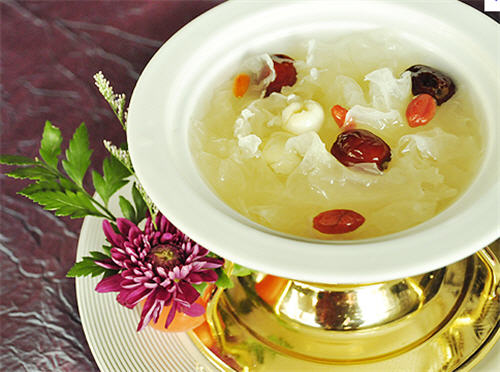