As a cooking style with distinctive features, Chinese cooking embodies the dining culture tradition of the Chinese nation. Chinese cooking is also a culture that conveys the essence of the lives.

Chinese cooking has varied flavors. A vast territory and abundant resources has endowed China with differences in climate, products, customs and habits in all parts. Different flavors in diet have developed in different parts of China over the long period of time. Rice in the south and noodles in the north is a popular saying. Also the flavor is divided into sweetness in the south, saltiness in the north, sourness in the east and hotness in the west. 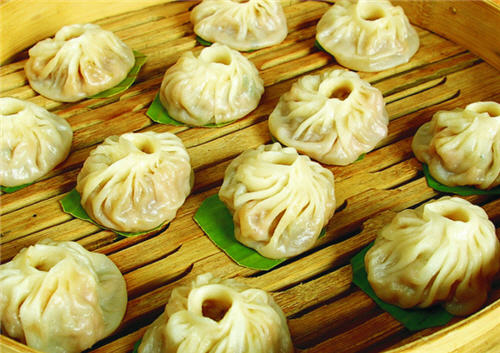 Chinese cooking are different in four seasons. People take food according the seasons, which is another feature of Chinese cooking. Since antiquity, our country has always seasoned and matched food with the variation of seasons. The flavor is pure and thick in winter while light and cool in summer. The food are mostly braised, stewed, simmered in winter, cold and dressed with sauce and frozen in summer.

Chinese dishes place an emphasis on aesthetic feeling. Chinese cooking has the tradition of placing an emphasis on the aesthetic feeling of dishes and pays attention to the harmony and agreement of food’s color, fragrance, flavor, shape and utensils. The aesthetic feeling of dishes has all around representations. Whether it is a red radish or a green cabbage, all kind of designs can be carved out, which has a unique style, attains the harmony of color, fragrance, flavor, shape and beauty and provides people with highly unified special enjoyment in spirit and material. 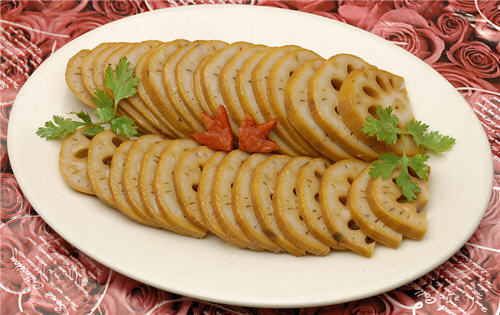 Chinese cooking has placed an emphasis on taste and interest since the ancient times. It not only has strict requirements on the color, fragrance and flavor of meals and snacks, but also has certain requirements on the naming of dishes, the manner of tasting the flavor, the rhythm of having dinner and the insertion of entertainment, etc. The dishes may named realistically according to the main ingredients, supplementary ingredients and seasoning as well as their cooking methods, or called in accordance with historical literary quotations, myths, legends, the interesting episodes of celebrities taking food, the image of dishes. For example, family collections (made of all sorts of seafood and river food), red lion's head (fried meatballs in brown sauce), beggar's chicken (roasted chicken in yellow mud) are all interesting with distinctive features.

Chinese medicated food combines food with medicine. The cooking technique of our country is closely related with medical treatment and health care. There has been the statement that food and medicine have the same origin and action since several thousand years ago. It takes advantage of the medicinal properties of the raw materials of food and makes them into all kinds of cuisine, thereby accomplishing the purpose of preventing and curing certain diseases, and nourishing the body. 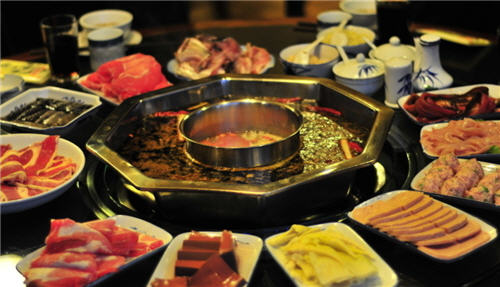