Although there are thousands of differences between country to country around the world, there is one thing people from different places all agree - “breakfast is the most important meal of a day”.

Generally speaking, the typical Chinese breakfast varies from region to region. Here we only introduce some traditional food for Chinese breakfast. People from Northern part of China tend to eat more wheat-made food with some hot drinks in the morning.

- Youtiao, they are basically twisted strips of dough that been deeply fried in oil, they are very popular in the street stands. The Crullers always are eaten with milk or soy milk.

- Mantou, Mantou is a famous breakfast food in northern China. It is a form of bread cooked by steaming with no filling inside, Mantou is easy to digest thus good for stomach.

- Baozi, these are steamed dumplings, usually has similar filling with normal dumplings. Generally there is pork or vegetables as fillings, but in the south the fillings can be creative, my grandma makes them with shredded coconut.

- Ji Dan Guan Bing, a special salted pancake with vegetables, eggs or meat in Beijing you can get this thin wheat bread where they pour an egg into the dough and then add lettuce, a hot chili paste, and sometimes ham. I used to eat this so much in Beijing.

- Shao Mai, thick dumpling wrapper made of wheat, the normal filling in the north is rice and shitake mushrooms. In the south it is usually more delicate rice flour wrapping with pork or shrimp. If you've been to dim sum you've had this. 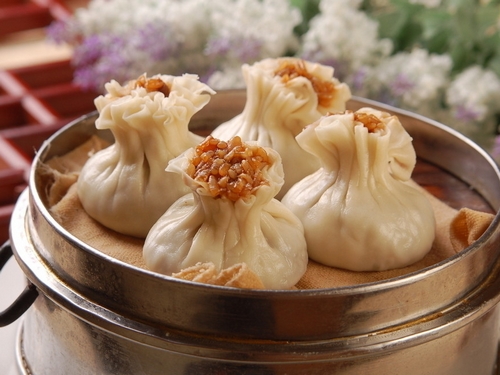 - Shandong Style Wrap, This is a mixture of different grains made into a liquid paste, they put it on a round griddle and add an egg and a crispy chip (kind of like those ones you get in Chinese restaurants with that sweet sauce). They griddle it up and then wrap it up into a burrito shape.

- Tofu Brains (doufu nao), not really brains, It is a special kind of tofu that is soft and thick. Tofu Brains usually served with savory things like chili oil and peanuts. In Shanghai or southern China, normally it is sweet flavor.

- Soy milk, the most stylish, a totally different Chinese beverage made of soy beans. You might not even notice it is not milk. Looks exactly the same as milk, soy milk is much more popular among Chinese people. 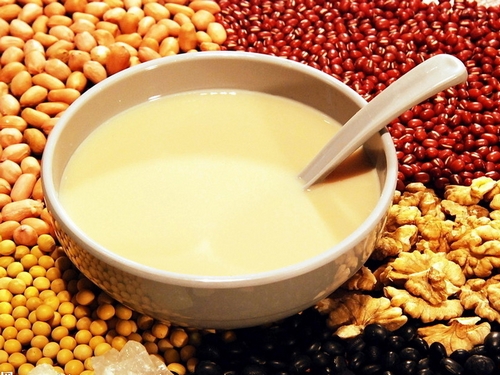 Besides the flavor, eating habit is also different indeed. As for Chinese breakfast, almost everything is cooked, and also hot to keep stomach healthy. To keep fresh and hot, soy milk is usually boiled in the morning and everything is reheated in the microwaves before they are served as breakfast.