In Chinese culture, bamboo is a symbol of oriental beauty. It represents the character of moral integrity, modesty and loyalty. It also stands as an example of elegance. The Chinese love bamboo, and bamboo culture has been rooted in their minds for a long time.

Well known as the ‘kingdom of bamboo’, China has the largest bamboo planted area. China grows 400 species of bamboo, and one third of all known bamboo species in the world are grown in China. Bamboo is mostly produced in south regions, including Sichuan, Chongqing, Anhui, Zhejiang, Fujian, Hunan, Guangdong, Jiangxi, and Jiangsu provinces, as well as the Guangxi Zhuang Autonomous Region.

For thousands of years, generations of artists praised bamboo in their paintings, calligraphies and poetries. Many ancient scholars chose to live in deep mountains surrounded by bamboo forests. Su Dongpo, a famous writer of the Song Dynasty (960-1279), wrote in his poem, "I would rather eat no meat than live without bamboo." 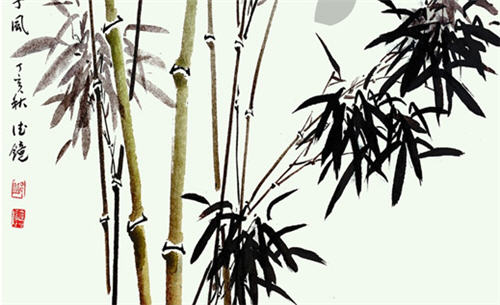 Paper making is one of China's four ancient great inventions. In the Han Dynasty, people began to use bamboo to make paper, which was of excellent quality and reasonable price. Even now it is used as one of the important raw materials in paper making. Some of the xuan paper for traditional Chinese painting is also made from tender bamboo. The ancient Chinese people used bamboo chips for calculation before the invention of the abacus.

Bamboo has been also used in architectural art since long ago. During the Han Dynasty skilful craftsmen built a magnificent palace for Emperor Hanwudi with bamboo. In southern China where bamboo is abundant, bamboo stilt houses are common residences for the people. Today, some minorities in Southwest China, like the Dai people in Yunnan, still live in the two-storied bamboo stilt houses — the upper floor of the house contains bedrooms, kitchens and balconies, and the ground floor is used to house poultry and domestic animals. The bamboo houses set off by green plantain trees makes for a lovely picture. 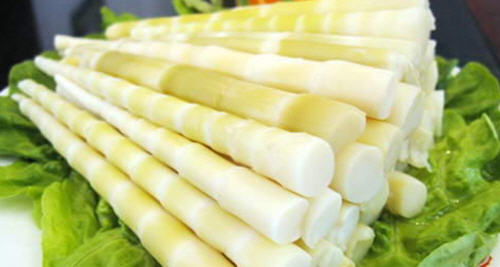