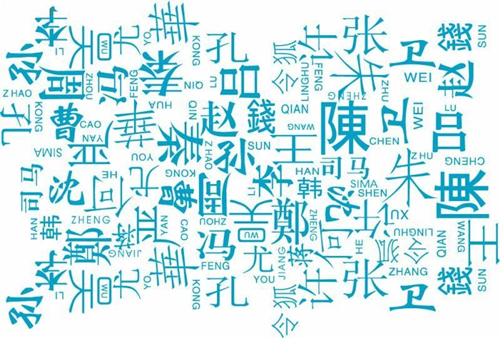 'Bai', The word 'hundred' in the title is used to mean 'many' or 'all'. Thus the term "hundred surnames" means the whole population. The surnames are given in a prescribed order and arranged in the form of a poem to facilitate memorization by school children. The surnames are in no particular order but there are two exceptions. The surname leading the pack is Zhao, which happens to be be the surname of the Song dynasty, the ruling dynasty of the time. The next several surnames also appear to be related to other important personages of the era. The second exception is that all double-character surnames are grouped near the end of the document.

Originally "The Hundred Surnames" embodied 411 surnames, and later added to 504, among it 444 simple surnames and 60 combined ones. In the one thousand years since the document was produced, there have been many new surnames in use. Recent surveys have identified over ten thousand surnames but the importance of the document has not diminished. Surnames for the Hundred Surnames still account for 90% of all Chinese surnames in use. In fact, the top ten surnames account for 40% of the population.