The dragon, phoenix, tortoise, and kylin are the four most revered animals of ancient China. Of these only the tortoise is real, the others being entirely fictitious; each was a symbol of good fortune.

Phoenix is splendid and regarded as the king of birds. Usually it paired with the dragon and in wedding celebrations it is a wish for a harmonious marriage for the new couple. Once the dragon became a totem of the emperor, the phoenix was accorded a similar significance to empresses. For generations, people have named food, musical instruments, and even girls with the Chinese character Feng meaning phoenix, in the expectation that they are as splendid as the phoenix. 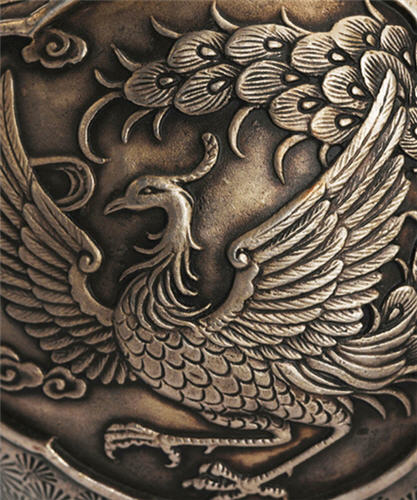 The tortoise is one of the animals that has endured longest on earth and as such is a symbol of longevity and wealth because it is thought that the tortoise evolved while collecting the nimbus of nature. Consequently it is favorable to present a statue of a tortoise to the senior or breed tortoises in a place that can bring enrichment according to the theory of Feng Shui. 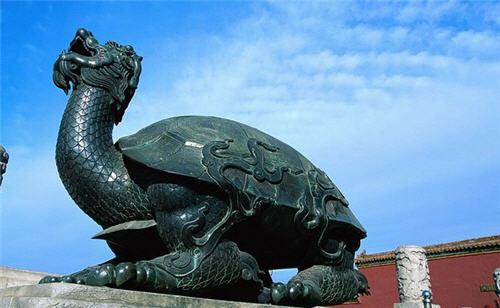 The kylin has a compound appearance with dragon's head, antlers, horse's hoofs, an oxtail, wolf's forehead and a colorful scute. It is lively, intelligent, and gentle, but valorous to ward off devils. It is the custom in some regions for people to believe that the kylin will give them a son. So a common theme in paper-cut works and paintings is for this mythical beast to be shown carrying a plump baby. 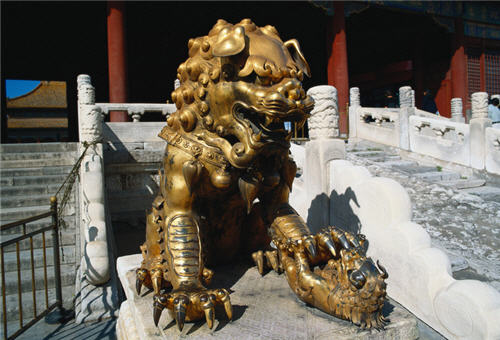