An exhibition of colored terracotta warriors opened in Xi'an, Shaanxi province recently, marking the 40th anniversary of the discovery of the ancient artworks. 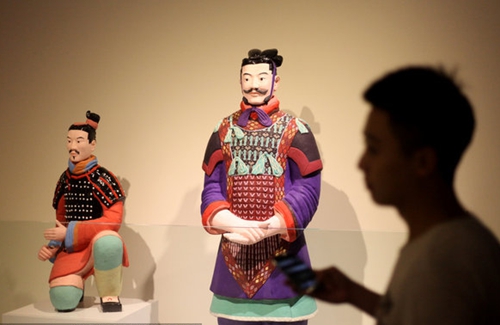 The display includes 37 relics including colored warriors, warrior heads and terracotta fragments, most of which are on show for the first time. The presentation will last to March 28, 2015 in the Museum of Terracotta Warriors and Horses.

Terracotta warriors were originally fully colored. Most of them decayed after being under the earth for thousands years.