Recently, China announced a plan to transform a northwestern desert into an international tourism destination after the signing of a cooperation framework. The project is expected to help increase local tourism revenue and tourist numbers by as much as 15 percent respectively within three years after its completion. 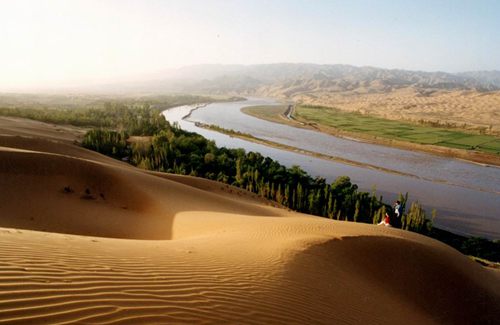 At least 2 billion yuan (329.8 million U.S. dollars) will be invested over the next five years to help develop Shapotou, a vast desert area in Zhongwei City of Ningxia Hui Autonomous Region. The money will be spent on constructing tourist service centers, business districts, themed hotels as well as restaurants, according to the framework signed by the local government and the China National Travel Service (HK) Group Corporation (HKCTS), the country's largest travel group.

The Shapotou area lies in the southeast of the Tengger Desert. With a diverse landscape, the area boasts sand, rivers, mountains and oasis.